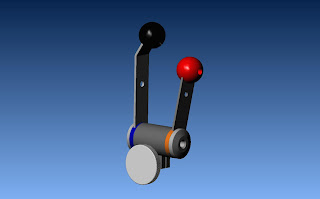 If you have ever set in the cockpit of a Skyote you know that space is at a premium. In some Skyotes the throttle/mixture controls become knee knockers. I originally considered using panel mounted push/pull controls to keep them out of the way. I finally decided that panel space was too valuable to devote to throttle/mixture so I decided to use quadrant controls but minimize the intrusion into the cockpit. I came up with a compact quadrant design that works on the "pony brake" principle to provide friction adjustment. 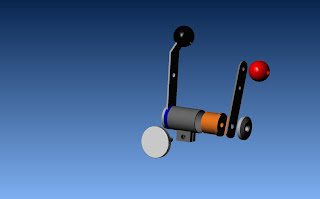 In operation the adjustment knob squeezes the split tube down on the cylindrical bodies of the two flanged bushings ( blue and orange parts). A 1/4" flat head through bolt holds it all together but it is not shown as I am just too lazy to do it! The ends of the bushings are machined to receive the flat stock throttle and mixture handles. Moving the handles causes the bushings to independtly rotate against the friction of the split tube. The split tube will be welded to the diagonal fuse tube near the pilot's left hand. The throttle control cable will actually be outside the fuselage tubes in the area provided by the stringers. This will hold the cockpit intrusion to a minimum. 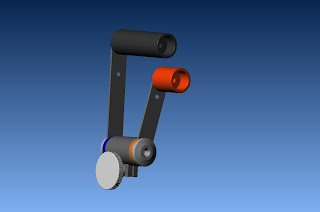 A version with handles rather than knobs. 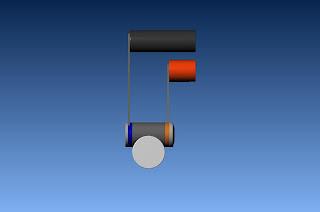 Posted by John R. at 1:58 PM No comments: Links to this post 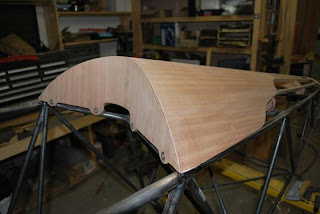 The turtle deck is beginning to shape up. We made the forward deck skin somewhat longer than the plans to accommodate an extended headrest ala Hawkeye's Skyote. I also plan to install the windscreen in the aft position per Hawkeye's recommendations. Dale Doane is responsible for the beautiful woodwork! 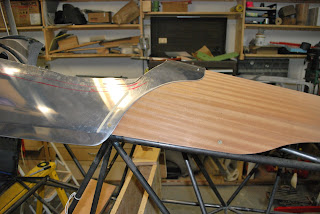 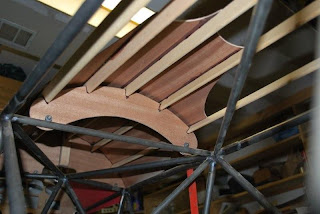 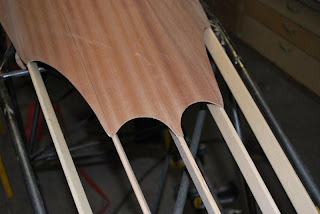 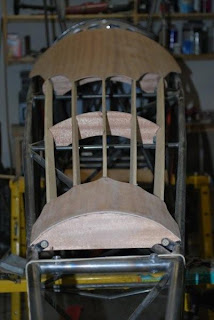 Posted by John R. at 7:15 PM No comments: Links to this post