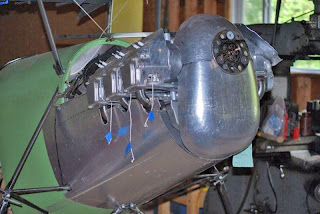 The nose bowl is getting close. This shape seems to work better. 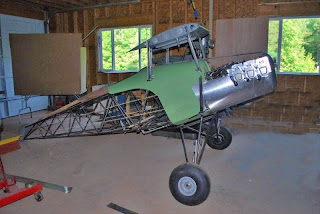 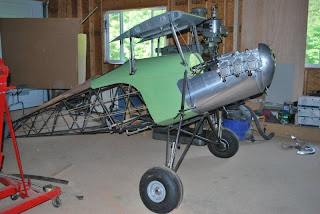 Here's the first stab at the cowling/nose bowl. We are now trying to reshape things to let the cowling and nose bowl flow together with out the bump at the junction. Cowling a "first time" engine is lots of fun. Looks like it will take about four attempts to get it right.

I had originally intended to use the same nose bowl/spinner as Pete Bartoe did on his airplane. Unfortunately, it just did not work out well with the Jab engine. Also the spinner combined with the 6 cylinder engine was starting to make the nose look a little long. A rounded nose bowl with a "skull cap" spinner will help keep the nose in proportion
Posted by John R. at 7:38 AM No comments: 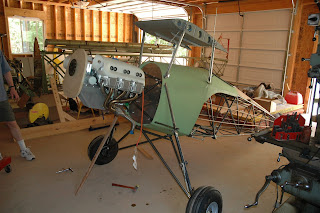 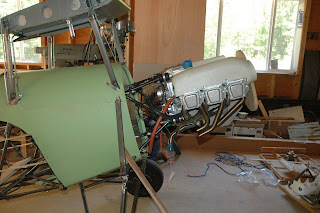 We hung the engine on the firewall Saturday afternoon. Now begins the process of finding a home for everything. Unfortunately, it looks like the Jabiru exhaust system is going to require significant modification.

The nose bowl ala Pete Bartoe also has some difficulties jiving with the Jab engine. We may revert to a round style nose bowl like Hawkeye/Dave Novak.
Posted by John R. at 2:02 PM No comments: 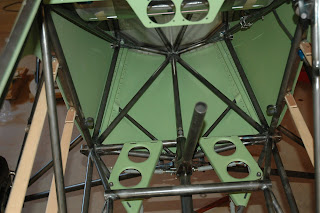 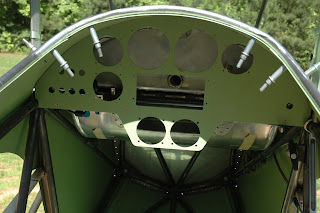 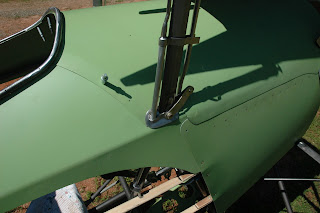 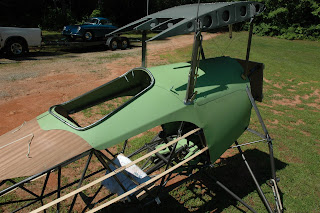 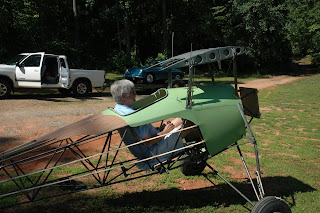 Some progress has been made in finshing the boot cowl and cockpit surround. These pictures were made 5/30/09. Everything is pretty well fitted and fastened so it is time to move on to the challenge of the firewall forward.
Posted by John R. at 1:22 PM No comments: