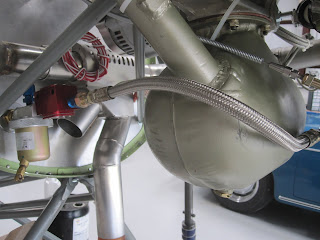 I did a rerun of all the flow tests with the system installed in the airplane. I would have preferred to have the flow transducer (red cube) behind the firewall but it really likes to have as much positive head as possible. The best place turned out to be just after the gascolator. I am making up a support bracket to work off the engine mount. I had to give up my nice fire-sleeved AeroQuip fuel hose. It was just too long with the transducer added into the line. I will install fire-sleeve on the new braided line.
Posted by John R. at 4:01 PM No comments: Links to this post 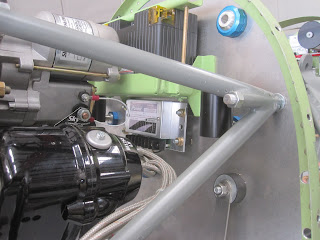 I mounted the Plane Power voltage regulator just under the battery. I had some small vibration isolation mounts. These should not only reduce vibration but allow better air circulation behind the aluminum heat sink plate. Note the temporary nuts.
The alternator, battery, voltage regulator and starter are all within 12" to 18" of each other making for very short cables and wiring runs.

Posted by John R. at 7:35 PM No comments: Links to this post 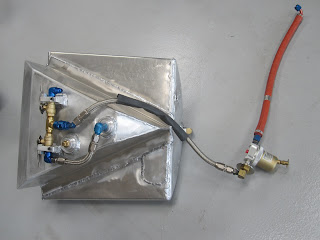 Bottom View of the Fuel Tank and Piping

Other than the down leg from the center-section tank and the flow transducer,this represents the complete fuel piping system. The two valves,which are tee'd together, allow for the selection of either tank individually, both tanks simultaneously, or all off.
Both control/shut-off valves are located on the bottom of the main tank just forward of the stick. The position of each valve is clear and visible to the pilot.

All of the piping in the cockpit is stainless braided AN-6 hose with AN-6 fittings. The valves are 3/8" ball valves.
Posted by John R. at 5:16 PM No comments: Links to this post 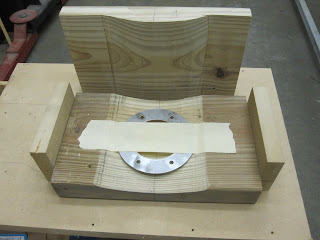 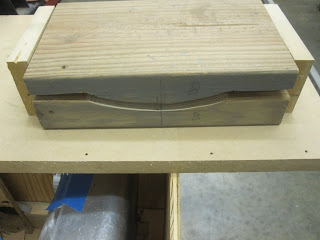 Wooden tooling was made to give a good smooth arch to the rings so they would match the curvature of the fuel tank. The 20 ton hydraulic press gave enough squeeze to get the job done. 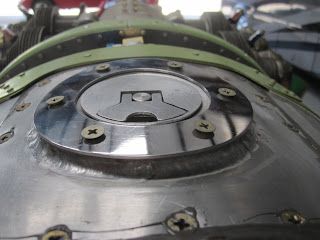 These will mount on top of the sheet metal boot cowl and wing tank covers to protect the paint from scratches. I was thinking about using flat head fasteners, but polished stainless button heads may look better. 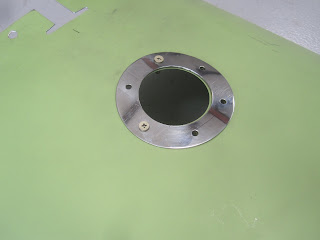 Posted by John R. at 8:47 PM No comments: Links to this post 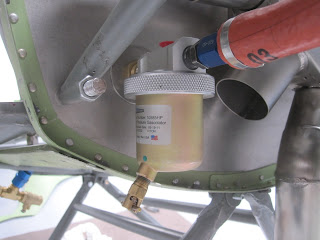 This is the "new style" gascolator from ACS. I chose it for its compact size and built-in drain valve. The gascolator is located so that the sump will protrude through the bottom of the cowl for easy sumping.The outlet from the carb heat shroud is longer than necessary and will be shortened to make room for the SCAT hose to clear the gascolator. 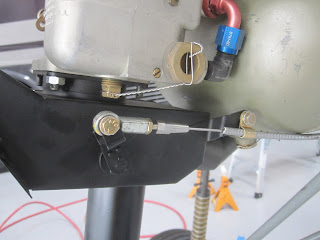 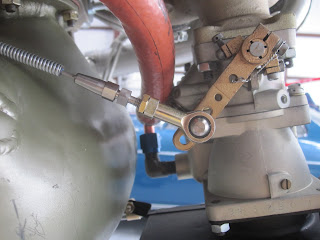 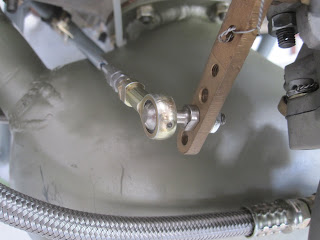 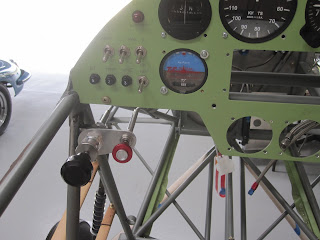 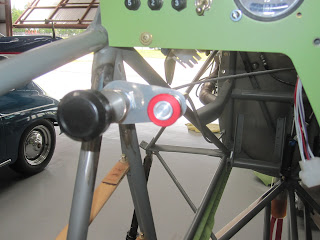 The carb heat and throttle controls worked out nicely. The aluminum bracket which mounts the carb heat control can be rotated any where from the 2:00 to 6:00 o'clock positions according to preference. I like this much better than the quadrant control system which was previously installed. The push-pull controls take up less valuable cockpit and knee room.
Posted by John R. at 8:13 PM No comments: Links to this post 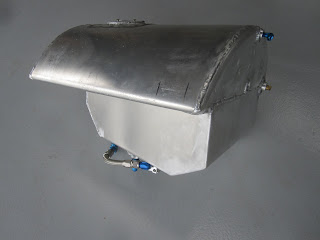 I ditched the "two compartment" tank I had previously installed in favor of this approach which uses a wedge shaped "basement section" added to the standard tank. It holds 3-1/4 additional gallons which, combined with the 12+ gallons in the main and wing tanks, should provide 2 plus hours of range with a 45 min. reserve remaining. 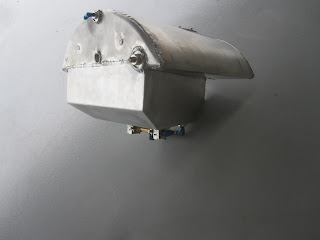 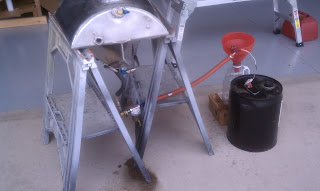 I set up a fuel flow rate test using all of the actual valves, hoses, fittings, gascolator, etc. as removed from the airplane.

I used NAPA parts cleaner fluid (high grade mineral spirits) in place of avgas for all the obvious safety reasons.

I performed a series of tests with varying amounts of solvent in the tank and with differing vertical dimensions between the bottom of the tank and the hose outlet to
the carb to simulate different nose-up attitudes. AN-6 hoses and fittings are used throughout. I tested with 1,2,and 3 gallons in the tank and at effective nose up attitudes of 12.5 and 20 degrees. !2.5 degrees is the three point attitude for my airplane. I timed the flow (min/gal.) for 1 gallon at each of these conditions. This time divided into 60 ( min./hr )gives the equivalent average gph flow rate for one gallon at the specific conditions tested. (whew!)

I was interested to see what effect the "red cube" fuel flow transducer would have on the flow rate. The good news is that the system will flow sufficient fuel to the carb for all conditions with the transducer included in the line.. The last remaining gallon flowed from the tank at the average rate of 16 gph at a 15 degree nose up attitude. At 20 plus degrees nose up, the flow rate was still in excess of 10 gph for the last gallon.

When I re-install the tank in the airplane, I will run the same tests with the hose hooked to the carb with the plug removed from the bottom of the float bowl. This will determine how much restriction is added by the "needle and seat" orfice.

My fuel valves are set up to allow for "either tank", "both tanks" or "all off" positions. Proper planning will have the last remaining fuel in the wing tank, eliminating concerns about low head conditions. 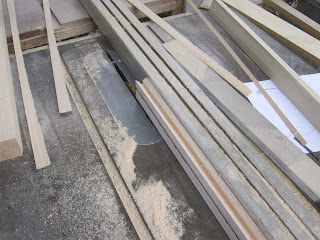 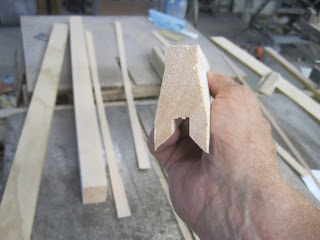 The saw was also used to rough cut the stock to the shape specified by the drawings. 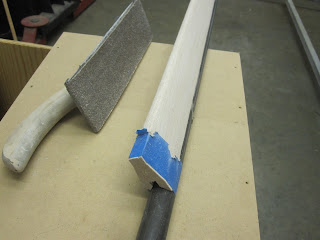 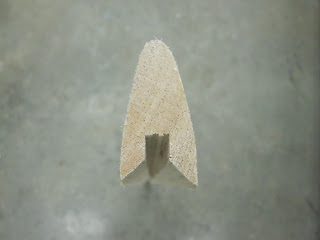 Sanded to final shape. The brake line will be concealed in the slot. 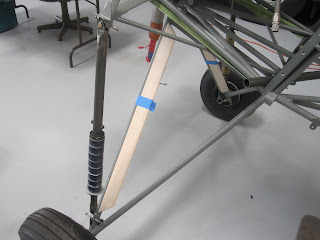 Trial fitting the fairings. The fairings will be cut to length and covered with light weight fiberglass before installation.